Many couples who have used in vitro fertilisation (IVF) to conceive a baby will likely need it again if they want another child – and the odds are better the second time round, according to a study published in the journal Human Reproduction. By Natalie Parletta
Source: https://cosmosmagazine.com/biology/good-odds-for-baby-number-two-using-ivf 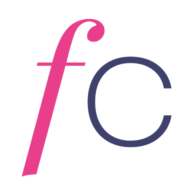 The study found that if a woman had a successful live birth following IVF, she had up to 81% chance of delivering a second baby following three cycles of the assisted reproductive technology (ART), although this decreased with mum’s age.

The study is the first known to calculate the odds of having a second baby using ART, says senior researcher Georgina Chambers from the University of New South Wales, Australia.

Around one in six couples experiences infertility, amounting to 186 million people worldwide. Every year, more than two million undergo ART treatment cycles, which has produced around seven million “test-tube babies” since the first was born in 1978.

For first babies, success rate for IVF is increasing, but Australian statistics show it is still only 33% after the first cycle, and 54% to 77% by the eighth cycle – accruing a considerable physical, emotional and financial cost for couples.

To see how parents fare the second time round, Chambers’ team analysed data from more than 35,000 women in Australia and New Zealand who used their own eggs for IVF treatment and had a live baby between 2009 and 2013.

Mothers were followed up for another two years, to 2015, providing between two and seven years of follow-up data, and live births up to October 2016 were included.

The analysis calculated cycle-specific rates – the chance of having a second live birth in a particular cycle of treatment if previous cycles have failed – and cumulative live birth rate – the odds of achieving a live birth with repeated cycles.

They also looked at the characteristics of women who returned for IVF and what predicted their success.

They found 43% who had previously had an IVF baby returned to try again – intriguingly those who had needed more than one cycle were more likely to return – and 73% used an embryo that had been previously frozen.

Broken down by age, 30 to 34-year-old women had a 48% chance of delivering a second IVF baby after one cycle with frozen embryos and 43% with those freshly derived. After three cycles, this increased to 69% to 90% and 62% to 74%, respectively.

Chances of success were also higher in women who left less than three years before going for baby number two.

“Couples can be reassured by these figures,” says Chambers, noting that it’s best not to wait too long, especially if new embryos are needed.

“Our findings also underline the fact that ART treatment should be considered as a course of treatment, rather than just one single cycle of treatment – if couples don’t achieve a pregnancy in the first cycle, it could very well happen in the next.”

Although the calculations offer a ball mark for couples who want to try for a second baby, co-author Devora Leiberman, a fertility clinician, notes they should be used against the backdrop of other influences.

“These results can be used to counsel patients,” she says, “but it is important to note that these are population estimates and every couple is different.

“Our analysis does not take account of all individual factors that affect a woman’s chance of ART success, including duration of infertility, and body mass index.”