Is the UK fertility sector facing a tipping point?

Rarely a day goes by without the UK media mentioning assisted reproduction and the fertility sector. Whether it’s the latest research innovation, the growth in DNA testing and matching websites, the funding and commissioning of fertility services or reports of patients confused as to whether they should pay for expensive and unproven add-on treatments. Most of the headlines aren’t positive for the fertility sector or those who undergo treatment.
Source: https://www.bionews.org.uk/page_143760 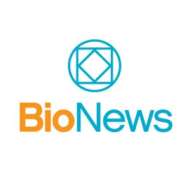 Rarely a day goes by without the UK media mentioning assisted reproduction and the fertility sector. Whether it’s the latest research innovation, the growth in DNA testing and matching websites, the funding and commissioning of fertility services or reports of patients confused as to whether they should pay for expensive and unproven add-on treatments. Most of the headlines aren’t positive for the fertility sector or those who undergo treatment.

The past few weeks have seen the rapid withdrawal of the widely derided ‘fertility drip’ (see this week’s news story), reports from ESHRE on the overuse of ICSI (see BioNews 1004) and the possibility of IVF (in vitro fertilisation) success rates having peaked at less than 30 percent (see BioNews 1004). A summary of relevant broadcast, print and social media articles bears all the hallmarks of the media’s penchant for sensationalist headlines.

In an era of increasingly polarised debate, you might conclude that the fertility sector is facing its own tipping point, where two sides face off along ideological lines between those who claim to pursue innovation under the cover of patient choice and, at the opposite end of the spectrum, those who argue for tighter control of an already well-regulated market.

Of course, controversy and debate have never been far away from assisted reproduction in the 40 years since the birth of Louise Brown, the world’s first IVF baby. Earlier this year I paid tribute to Baroness Mary Warnock, saying that the landmark framework of principles and limits her committee set out in the 1980s to safely govern fertility treatment and human embryo research still largely stands the test of time.

I believe the Human Fertilisation and Embryology Act, whilst inevitably showing its age, does allow the UK to debate and forge a consensus on how advances in science, medicine and society should be handled. Hybrid embryos, sex selection, human cloning, mitochondrial donation and genome editing have all been debated at length and a position reached in law which avoids the scenarios we see in some other countries.

Away from the headlines, the Human Fertilisation and Embryology Authority (HFEA)‘s recently published Fertility Trends Report 2019 offers a more positive view, reporting that IVF is more successful and safer each year in the UK. The 10 percent target the HFEA set to reduce multiple births has been reached and the majority of the UK’s clinics offer excellent patient care, are compliant with the law and are willing to engage with the regulator and their sector colleagues to improve outcomes for patients.

Yet we cannot afford to be complacent. As the Chair of the regulator, I’m most concerned about what happens outside the legal framework we have had since 1991. The HFEA has no powers to set prices or to regulate most of the add-on treatments to basic IVF, a complex list of additional drugs, therapies and clinical procedures.

We can only regulate treatment in a licensed clinic, not online donation or private arrangements where parental rights and responsibilities can be unclear and the welfare of children born may be disregarded.

The increasing sophistication and speed of genetic testing and the proliferation of online websites offering genetic matching risk bypassing the carefully constructed processes the UK has to counsel donor-conceived people about their genetic origins.

And the varied public funding of fertility services across the UK has led some clinicians to speculate that in a worst-case scenario NHS provision in England may well disappear entirely in the future without careful planning. In this context, our work on commissioning guidance and the Minister Jackie Doyle-Price’s letter to Clinical Commissioning Groups is timely and very welcome (see BioNews 1003).

I believe that in 2019 the fertility sector faces a stark choice. We can seize the leadership agenda and do the right thing for patients through a combination of the law we have and the collaborative initiatives we plan or we can continue to ignore the headlines, write them off as just a small unrepresentative minority, and risk the whole sector being tarred with the same brush.

The HFEA is firmly in the former camp, where we are currently consulting on our new strategy for 2020-23 to deliver the best care, provide patients with the right information at the right time and shape the future, where we will have to deal with potential changes in science and society, including on consent, gamete storage, surrogacy law and the consequences of the lifting of donor anonymity, which will increase from 2023. We would welcome your feedback on our consultation, open now and over the summer.

The next step to reform must be a greater respect for high-quality research. The recent academic partnership, which has identified the top 10 infertility research priorities, gives us an opportunity across our sector to collaborate and identify a better evidence base for new treatments.

On add-on treatments, we plan to continue our traffic light system for the most popular add-on treatments and implement the consensus statement signed by all the professional bodies. Our collective aim is to ensure that where add-on treatments are offered, they are done so responsibly. We are looking to achieve the same success we have had in changing the culture of our sector on multiple births.

And the key to this is leadership. Our work with the heads of clinics on the leadership agenda will include clearer expectations of behaviour and improved preparation training for their role. In time we will be updating our inspection regime to focus more on consistent clinic leadership, simple and transparent information for patients and excellent support offered to patients before, during and after treatment.

Perhaps last week’s case of the fertility drip embodies the crossroads we have reached and charts a way to proceed in the best interests of patients. The collaborative condemnation of it from the British Pregnancy Advisory Service, national newspapers, the HFEA and individuals on Twitter forced a rapid change and the withdrawal of the drip from sale in less than 48 hours. We all have the power to collaborate to shift mindsets and do the right thing by patients.