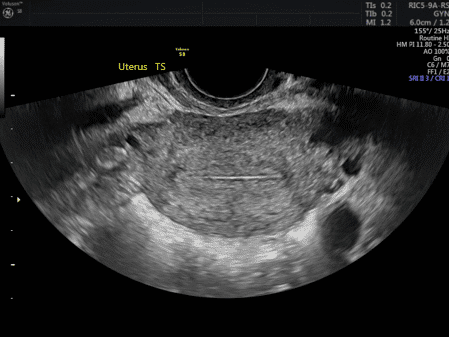 Current guidelines recommend that pregnant women are given at least two ultrasound scans, at 8 to 14 weeks and then between 18 and 21 weeks to check for abnormalities, including brain defects.

But the researchers were concerned that the diagnostic accuracy of ultrasound scans is limited; estimated at around 70%. This could lead to some women terminating their pregnancy due to thinking they will have a miscarriage or stillbirth, when in fact the pregnancy was healthy.

So, researchers wanted to see if using an additional MRI scan when a brain defect was suspected would lead to an improvement in diagnosis rates.

They considered 570 cases and found a 25% improvement in diagnosis rates when an MRI scan was used in addition to the ultrasound scan. They also found that almost all women included in the study thought it was a good idea.

The researchers propose that any pregnant woman whose ultrasound scan suggests her baby may have a brain defect should have an MRI scan as well for a more accurate diagnosis.

The study was published in the peer-reviewed medical journal The Lancet and is open-access, meaning it is free to read online.

BBC News’ reporting of the story was accurate, making the point that the extra test is most useful in borderline cases when doctors are uncertain of the outcome.

This was a large multi-centre prospective cohort study in the UK, including 16 foetal medicine centres.

The study included 570 cases of potential foetal brain abnormality that were detected by ultrasound.

The cases were then assessed to see if in-utero MRI (iuMRI) scans (scans used during pregnancy) when used in addition to ultrasound improved diagnostic accuracy.

Prospective cohort studies are useful for assessing diagnostic accuracy as the results of any testing can then be compared against the actual outcome.

Researchers recruited women aged 16 or over between 2011 and 2014. In total, 570 cases were included whose unborn baby had a foetal brain abnormality detected by ultrasound.

Cases were divided into two groups depending when in pregnancy the initial ultrasound scan took place:

Women were recruited by being offered an iuMRI scan after the ultrasound suggested a brain abnormality.

After the ultrasound scan, doctors were asked to record their certainty of diagnosis for each brain abnormality from very unsure (10% certain) to highly confident (90% certain).

Less than 14 days afterwards, participants had an iuMRI scan at one of six sites across the UK.

This was done either by using brain scans for babies who were delivered during a viable pregnancy or by autopsy or post-mortem MRI in cases of termination of pregnancy, stillbirth or neonatal death.

When using the iuMRI scan in addition to the standard ultrasound, diagnostic accuracy was improved by:

Diagnoses were reported with high confidence on ultrasound in 465 of 570 cases compared with 544 of 570 cases when combined with iuMRI.

At least 95% of women who took part in the study said they would have an iuMRI scan if a future pregnancy was also complicated by a foetal brain abnormality.

The researchers conclude that “our results indicate a 23% absolute increase in diagnostic accuracy when iuMRI is used to supplement ultrasound imaging in the 18 weeks to younger than 24 weeks gestational age group of fetuses and a 29% increase in the 24 weeks or older fetuses.

“Diagnostic confidence is also improved when iuMRI is used to assess prenatal fetal neuropathology as an adjunct to ultrasound.”

They add that “the increased diagnostic accuracy and confidence results in changes in counselling and clinical management in a high proportion of cases. These factors, in conjunction with high patient acceptability, lead us to propose that any fetus with a suspected brain abnormality on ultrasound should have iuMRI before definitive counselling.”

Overall, the study provides evidence for a link between having an iuMRI when a brain abnormality has been detected in the foetus and improved diagnostic accuracy. This improvement led to a change in management in a significant minority of cases.

However, there are some minor limitations to this pragmatic study which are acknowledged by the researchers:

Fertility takes up to eight months to return after stopping contraception

Lessons from Lockdown: How to Improve Support for Fertility Patients