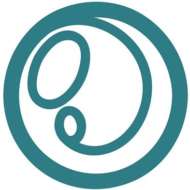 Parliament voted last night to allow individuals to become the legal parents of children born through surrogacy in the UK. This ends discrimination against single parents that has existed since laws enabling surrogacy were introduced in 1985.

Surrogacy UK is delighted to welcome its first individual members who want to become parents though surrogacy. Our campaign continues to allow individuals and couples who are infertile to have children through UK surrogacy (“double donation”).

Surrogacy UK is delighted to welcome its first individual intended parent members. This means that the organisation can now help individuals, regardless of their relationship status, to start their families through altruistic surrogacy here in the UK.

The law was changed using a Remedial Order.  This was in response to Sir James Munby, then President of the High Court Family Division, who found in favour of a single male applicant. The man had claimed that the law, which prohibited him from becoming a legal parent through surrogacy, was incompatible with his right to family life under the Human Rights Act 1988, as well as being discriminatory as single people were able to have children through adoption, donor conception or IVF [see Z (A Child) (No 2) [2016] EWHC 1191 (Fam)].

Surrogacy UK hopes that the Government will now remove the final barrier to individuals and couples achieving parenthood: the requirement that parents have a genetic link to children born through surrogacy. This stops infertile people from becoming parents through surrogacy, a restriction not in place if they have children through donor conception or IVF.

“We all have friends or family in successful, modern forms of relationships where only one person takes on the legal responsibility of parenthood. Now individuals who have a child through surrogacy can be recognised as the single legal parents.”

Andrew Percy MP, Chair of the All Party Parliamentary Group on Surrogacy, says:

“It is critical that we have surrogacy laws in the UK that reflect modern families and do not discriminate against people who are not in a relationship. I am thrilled that the people I have spoken to through the All Party Parliamentary Group on Surrogacy can finally move forwards with creating their families. We also look forward to broader changes to UK legislation following the Law Commission’s review over the next few years The APPG will produce a set of recommendations early next year which we hope will feed into that process.”

Jason, who was in the public gallery of the House of Commons last night when the final vote was made, says:

“Even though I had to sit through 5-6 hours of Commons debate for a 30-second vote, it was worth it. I have waited over 5 years for this moment to come – and I wasn’t going to miss it. This should resolve the legal complexities that made it very difficult for me to use surrogacy in the UK as a single person. I would like to thank everyone who has helped get this change through. This includes Surrogacy UK, Members of both Houses of parliament, officials at the Department of Health & Social Care, plus the many, many individuals in the surrogacy community who have lent their support to myself and others in this. I now look forward to taking the next step in my journey to becoming a parent and starting my family.”